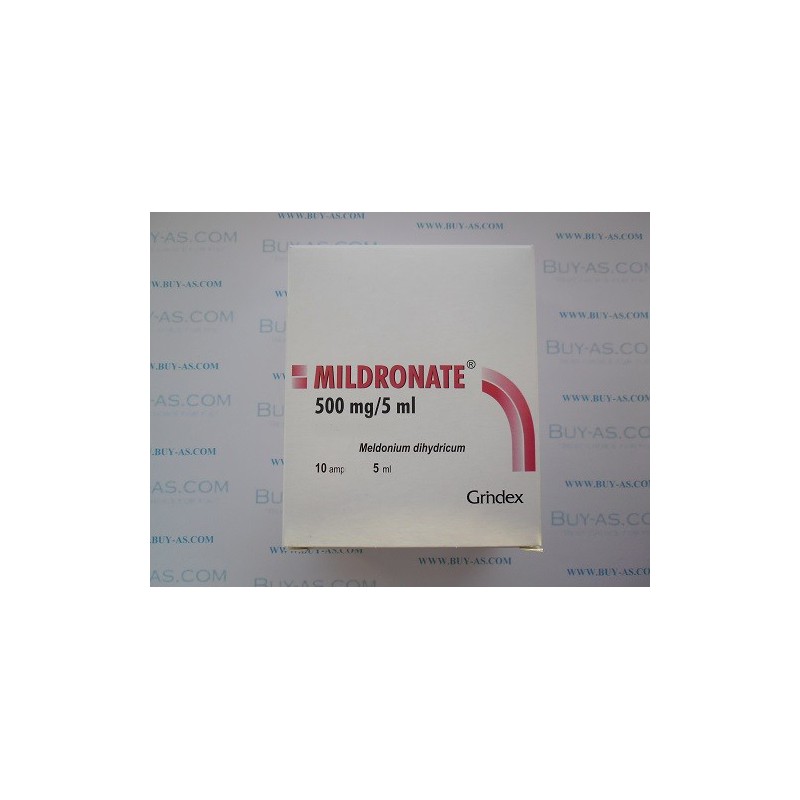 The chemical structure of meldonium resembles that of L-carnitine. Its efficacy is mainly based on the fact that it inhibits carnitine synthesis and its effects in several mechanisms while also promoting the removal of carnitine through the kidneys. Carnitine is an amino acid which is biosynthesized as well as obtained from food. It plays an important role in the oxidation of fatty acids in cells. When tissue suffers from lack of oxygen, meldonium acts to inhibit the fatty acid oxidating effect of carnitine so that the energy balance in, say, a heart cell shifts in the direction of carbohydrate oxidation. As a consequence, the generation of high-energy adenosine triphosphate (ATP)—which is needed in muscle contraction—requires less oxygen and, therefore, the heart functions with greater efficiency. It also reduces the amount of intermediate products that are generated in a low-oxygen environment and are harmful to the cell. Meldonium also stimulates blood circulation in many organs of the body by increasing the nitric oxide concentration.

In clinical use, only minor side effects have been recorded. However, there are few studies on the effects of overdoses. The most common side effects include headache, nervousness, dizziness, sleeplessness, allergic symptoms, a fall in blood pressure and tachycardia.

There is relatively little scientific evidence of meldonium being able to enhance athletic performance. However, it has been established that meldonium demonstrates an increase in endurance performance and physical working capacity, as well as improved rehabilitation after exercise. Meldonium also stimulates the central nervous system, which may have a beneficial effect on athletic performance. On the whole, meldonium has a wide range of effects, which, combined with easy availability and effective marketing, explains why it has been used in many different disciplines.

Meldonium leaves the body relatively quickly through the kidneys, where it is secreted into urine mainly as such. Depending on the dose and period of use, the levels of meldonium in blood plasma are halved every 6–14 hours.