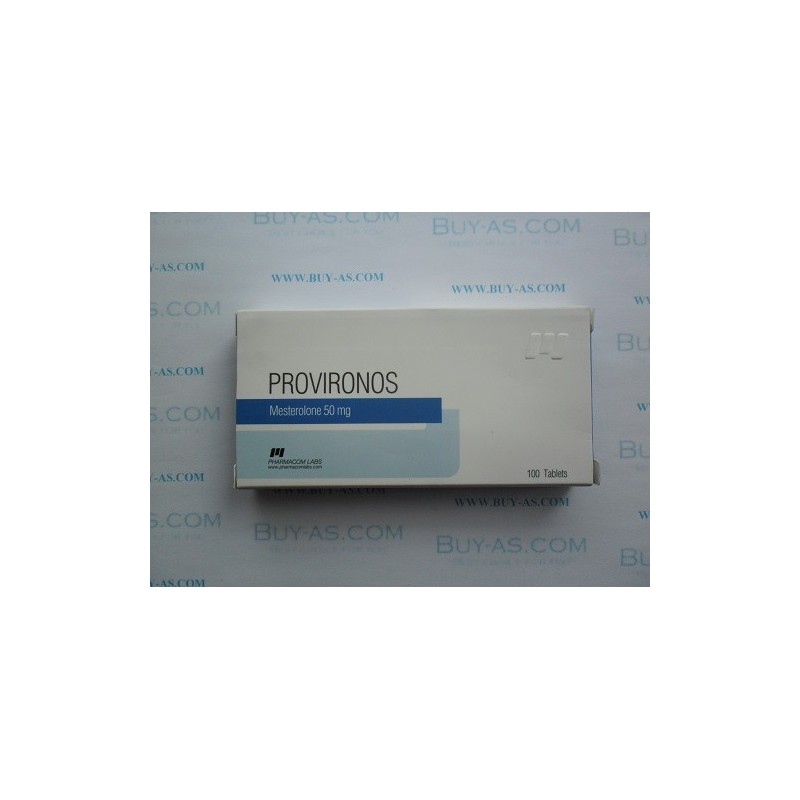 Provironos by Pharmacom Labs., is an oral steroid containing 50mg of the hormone Mesterolone per tablet.

Proviron, as it is also called, has become a very popular substance among bodybuilders for several different reasons. While this steroid is not very anabolic, it is highly androgenic. Because of this, Provironum is capable of giving the muscles a harder, more defined look. The drug is also a noted estrogen blocker. It can be used in conjunction with steroids that aromatize in order to help prevent estrogen related side effects.

Another positive effect of the drug is that it greatly reduces SHBG in the body. This frees up other hormones being used and makes them much more effective. Its high androgenic properties make it a very good substance for maintaining or retaining ones sex drive. This also makes the drug a very good choice to add into one's PCT program. Here, Provironum will aid in keeping androgen levels high while allowing the body's own natural testosterone production to come back.

Even though it's an oral, Proviron is considered to be very mild on the liver, and thus, liver damage is not a concern while using this substance. Bodybuilders often incorporate this drug into all of their cycles, and also into their PCT programs. When stacked with testosterone, it will aid in blocking estrogen while increasing androgen, and also allowing the testosterone to be more abundant in the body. With this wide range of benefits associated with its addition to the cycle, it's no wonder that this drug has gained so much popularity.

Males typically use Provironum in a dosage range of 25-50mgs a day.