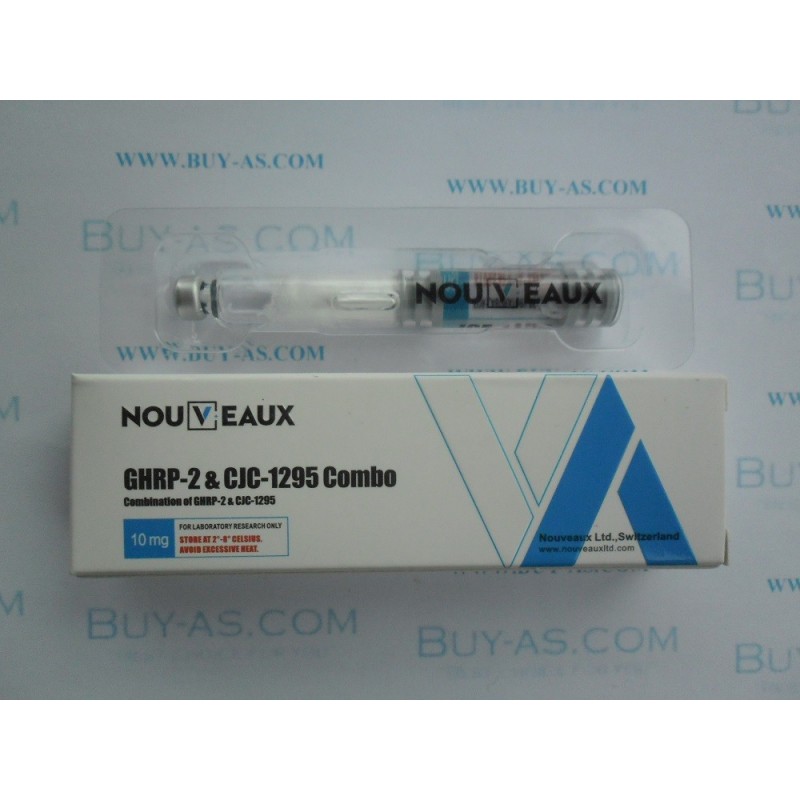 CJC-1295 Stimulates GH and IGF-1 Secretion, and will keep a steady increase of HGH and IGF-1 with no increase in prolactin.

It increases protein synthesis and stimulates the growth of new muscle tissue.
Increases muscle mass (and physical strength if combined with moderate exercise).
Reduces wrinkling of the skin and some other effects of skin aging.
Causes hyperplasia, the increase of more muscle cells.
It promotes lipolysis, which results in the reduction of adipose tissue (body fat).

GHRP-2 (known as KP-102 as well) is a short polypeptide belong to group of releasing proteins of growth hormone, it contains six amino acids only. Its molecular mass is 817.9 and its molecular formula is C45H55N9O6.

This hexapeptide was synthesized in early 90s. The group of peptides which KP-102 belongs to, was discovered about 20 years ago as synthetic oligopeptides which derived from certain amino acids. Few studies have shown its great capability in stimulation of natural release of endogenous hormone of growth by its influence on G-proteins receptor.

This research compound was found to increase level of IGF-1, and even to boost functioning of hypothalamus. But its potent ability to positively effect on stimulating of pituitary gland’s functioning remains its main characteristic. Also GH-releasing peptide-2 possesses such features as promoting average muscle weight gain. As well it was proven that GHRP-2 affects physiologic system making it to increase calcium ion influx and has some anti-inflammatory properties.