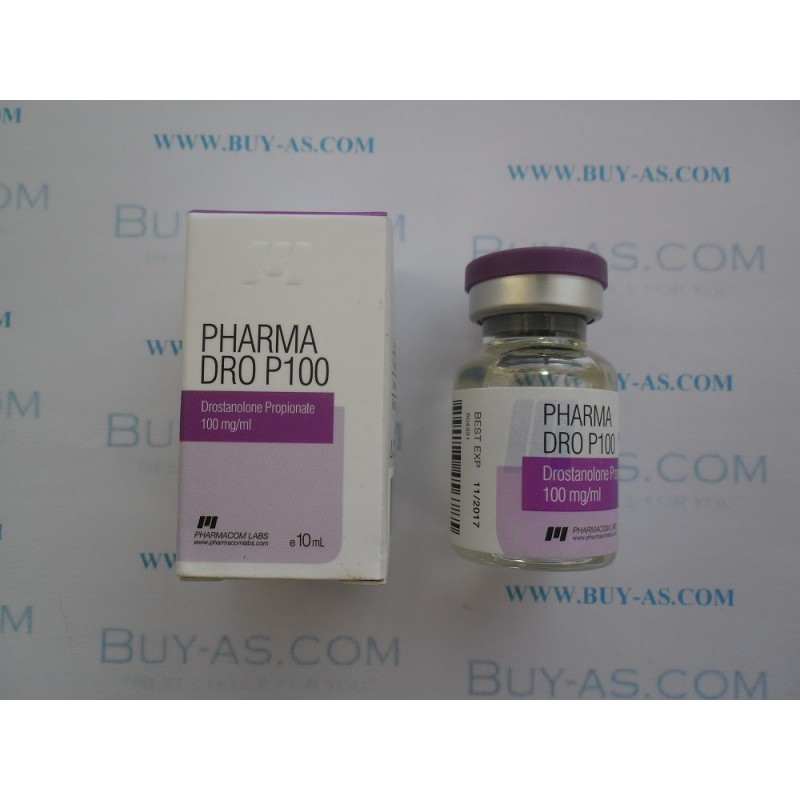 PHARMADRO P100 (Drostanolone propionate) is one of the best drugs to get lean and dense muscles as for price-quality ratio.

With a half-life of around 1-1.5 days, it is relatively much faster form of Drostanolone Enanthate and perfectly suits for shorter and cutting cycles.

Drostanolone is an injectable anabolic steroid, a derivative of dihydrotestosterone (DHT). It is described in medical literature as a strong anabolic with anti-estrogenic traits. The FDA approved drostanolone for the treatment of inoperable breast cancer in climacteric women, as was the case in many other parts of the worlds.

Biologically, Masteron acts like DHT, as it is a derivative of the latter. Without question, the effects of Masteron will be displayed in the most efficient way during a cutting cycle. However, for the effects to be truly appreciated the individual will need to be extremely lean. Drostanolone does not cause water retention and has a moderate diuretic effect similarly to stanozolol; this allows improving muscles density, relief and definition. Drostanolone allows achievement of the best muscle condition; it is possible thanks largely to the lipolytic effect of the compound. As practice shows, a drostanolone cycle can reduce body fat by 5-7%. Drostanolone is recommended for track and field athletes and bodybuilders who want to stay within their particular weight class.

As a bulking agent, the effects of Masteron will prove to be rather weak. It is possible the hormone could provide gains in mass similar to Primobolan (which wouldn't be that strong either) if the total dose was sufficiently high. However, the relative gain in size will be moderate with many anabolic steroids being far more suited for this period of steroidal supplementation. Masteron does not aromatize and is not estrogenic; in fact, it shows anti-estrogenic traits in the body and binds to aromatase instead of other substrates. This is why it has been effective in the treatment of breast cancer.