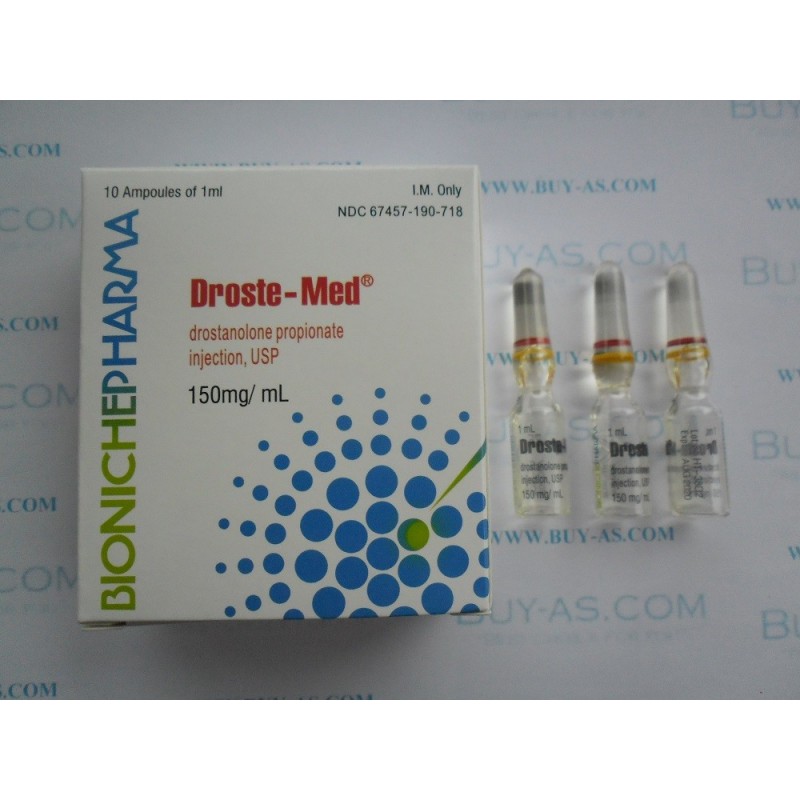 Droste-Med is an injectable steroid which contains the hormone Drostanolone Propionate.

Bodybuilders looking to incorporate Drostanolone Propionate into a cycle might stack it with other steroids such as Trenbolone Acetate, Testosterone Propionate, and oral compounds such as Winstrol to bring about an even more pronounced amount of definition and hardness leading up to a contest.

Common androgenic side effects are possible with Masteron, such as oily skin and increased libido. Due to its extremely androgenic properties, this drug is not a favorite among women bodybuilders, although most serious competitors still choose to use it due to its effectiveness as a pre-contest drug. Males typically use a dosage of this steroid ranging from 200-400mgs per week while women typically prefer a dosage range of 100-300mgs per week. This drug is often injected once every 2-3 days to help maintain consistent blood levels.